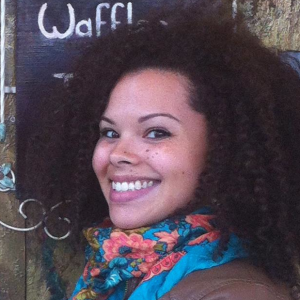 A Sneak Peek at the Slice Literary Writers’ Conference: An Interview with literary agent Monica Odom, by Jackie DiCaro

Every agent has their unique way of discovering great new voices. For Monica Odom of the Bradford Literary Agency, connecting with writers includes a blend of seeking out innovators, pushing them to create their best work, and helping them grow each step of the way. But the nuances of how she does this are what set her—and every agent—apart. We chatted with Monica about her favorite parts of agenting, from that first email to the day a book hits the shelves.

You can see Monica on our panel, Innovators In Speculative YA Fiction, at the Slice Literary Writers’ Conference, Sunday, September 11.

#87: A Sneak Peek at the Slice Literary Writers’ Conference: An Interview with Imbolo Mbue, by Celia Johnson

Most people come to New York City clutching their dreams. Some fight to get in and fight even harder to stay. Others have a much easier path. But what happens when the city fails them? Imbolo Mbue’s debut novel, Behold the Dreamers, follows a young Cameroonian couple, Jendi and Neni, who are in New York because they want a better life for themselves and, even more so, for their six-year-old son. Jendi has been working as a chauffeur for Clark, an executive at Lehman Brothers, and his high-society wife, Cindy. And Neni has been toiling away at school, hoping one day to become a pharmacist. The collapse of Lehman Brothers is about to threaten everything these four people have strived to attain. I spoke to Imbolo about her inimitable characters, her creative process, and how rejections helped her improve her manuscript.

#86: A Sneak Peek at the Slice Literary Writers’ Conference: An Interview with One Story’s Lena Valencia, by Fiona Furnari

When, after a last frantic round of edits, you send off a piece to a literary magazine, it’s hard to picture the editor on the other end as anything but a “yes,” “no,” and “this isn’t right for us at this time” machine. But there’s something more here than just clicking submit and hoping for the best – you’re building a literary relationship.

#85: A Sneak Peek at the Slice Literary Writers’ Conference: An Interview with Jade Chang, by Liz Mathews

Sometimes it happens, when reading a book, that you will be so sure of what the plot and characters will do next, and simultaneously so worried that things will actually happen that way, that you have to hold the book a little further away as the words play out before your eyes. Or maybe you even have to set the book down and take a few sighing, head-shaking moments before continuing with the rest of the story.

#84: A Sneak Peek at the Slice Literary Writers’ Conference: Wisdom from the Panelists

We asked our conference panelists to send us a few words of wisdom for emerging writers. They came back with gems that’ll inspire you to keep writing, even if—actually, particularly if—you just received another rejection. These pros urge you to keep going; to connect; to find your voice, your process; and not to stop until you’ve created “worlds vast and beautiful enough to get lost in.” This is just a glimpse inside the assembly of minds taking part in the Slice Literary Writers’ Conference this September. #SLWC16

Think about the last time someone told you she (or he) works in publishing. Did you immediately assume that person was an editor? Well, for this interview we were able to snag a few moments of an honest-to-goodness editor’s time. Meet Vanessa Mobley, an executive editor with Little, Brown and Company. If you want to catch her eye, she admits that she’s pretty much looking for two things (see the second question below). And if you want to get an idea of the caliber of writers she works with, well, she’s got a few bestsellers and major prize winners under her belt.

Vanessa will be joining us on Sunday, September 11, for the How We Spot the Next Generation of Great Writers panel at the Slice Literary Writers’ conference. What better place to be to try to get spotted, yourself?