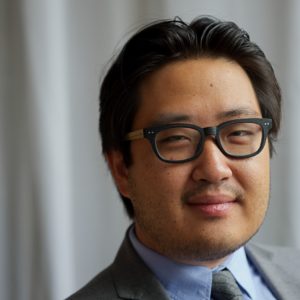 A Sneak Peek at the 2018 SLICE Literary Writers’ Conference: An Interview with Literary Agent DongWon Song

Literary agent DongWon Song believes the future of publishing will be messy, but we aren’t doomed. Song works at the Howard Morhaim Literary Agency. Previously, he worked as an editor at Orbit Books. So he’s been on both sides of the fence. Throw in stints as a product manager for ebook startup Zola Books and an adjunct professor at the University of Portland and, as you’ll see in this latest interview in the Encounters in Publishing series, Song has a unique perspective on the industry. Survival, according to Song, is a matter of being smart, nimble, and adaptable. It doesn’t hurt to have a hobby, either (he’s a passionate woodworker). Learn more about Song’s views here, and don’t miss him at this year’s SLICE Literary Writers’ Conference (early bird registration just opened).