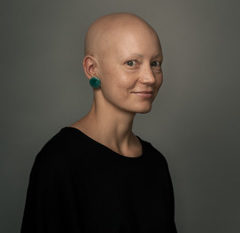 To kick it off, we chatted with Helen Phillips, whose highly anticipated book, The Need, was just released. You’ll find Helen at the upcoming Slice Literary Writers’ Conference, too.

An Interview with Author Helen Phillips and Editor Sarah Bowlin, by Celia Johnson

With the publication of her debut novel, The Beautiful Bureaucrat, Helen Phillips has been compared to a host of literary masters: Kafka, Davis, Calvino, Atwood, Saramago, Borges, and more. Take note of the breadth of that list. Clearly, by evoking so many great writers and not just one, Phillips has created a work very much her own. The Beautiful Bureaucrat is at once surreal and familiar. It is the story of Josephine, a young woman who moves to a city with her husband. Josephine finds work at The Database, which seems, at first, as mundane as it sounds. But she soon discovers that she has become part of something more sinister than she could ever imagine. I spoke with Phillips and her editor, Sarah Bowlin, about memorable characters, the creative process, unsung heroes in the publishing industry, and more. For more from Phillips and Bowlin, check out our upcoming writers’ conference. They are both lined up to take part in panels.