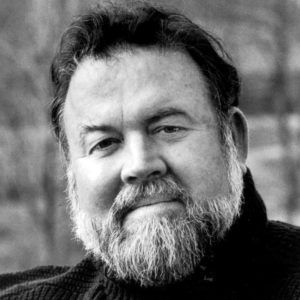 On a cold February afternoon in 1998, I visited an independent bookshop in Wells, Maine. In the shop’s ever-reliable “Staff Picks” section, I noticed a paperback by Andre Dubus.  I had never heard of Dubus—and it would be years of mispronunciation before I learned that his last name rhymes with “abuse,” like “duh-byooz”—but that day Dancing After Hours leapt out at me.

Back then—and even today, for that matter—any Vintage Contemporaries paperback with a spare mid-1980s/early-1990s cover design and bold stripe of color on the spine gave me pause. I had been making my way slowly through the entire list of the so-called “Dirty Realists” of the day—Ann Beattie, Raymond Carver, Richard Ford, Richard Russo, Joy Williams, and Tobias Wolff—and they all seemed to be on Vintage Contemporaries, many of them edited by Gary Fisketjon, now an editor and vice president at Knopf.

I thumbed the pages of Dancing After Hours. On the back cover were comparisons to Raymond Carver, Flannery O’Connor, and even Anton Chekhov, the greatest of Russian masters. On the basis of a single story’s opening line, I plunked down my twelve dollars: “On a Thursday night in early autumn she nearly committed adultery, was within minutes of consummating it, or within touches, kisses; it was difficult to measure by time or by her mouth and tongue and hands, or by his.” (“The Timing of Sin”)

I quickly discovered Dubus’s work was never easy. The stories were fraught with difficult moments of loneliness and heartache, sudden explosions of violence. And yet, Dubus infused them too with tenderness and redemption, balanced complexity with kindheartedness. He was a devout but complex Catholic, so even when his stories felt suffused with a kind of spirituality, they never felt “religious” in a didactic sense; rather than accepting the black-and-white of church doctrine, they embraced the grayness of reality.

A few months after my initial discovery, I found three paperback editions of Dubus’s early books at a favorite used bookstore housed in a former train depot: Separate Flights (1975), Adultery & Other Choices (1977), and Finding a Girl in America (1980).The covers of all three books featured austere black-and-white and hand-lettered titling in red. The elegant paperbacks were the work of Boston-based David R. Godine, Publisher. Just as I trusted the curation of theVintage Contemporaries list so much I would stop and consider any book it published, the moment I held those three Dubus books in that wonderfully book-brimming old train depot, I added books published by Godine to that list, too; it was a list that already included Black Sparrow Press and City Lights Books.

The latest installment of In the Telling, our semi-weekly podcast series, captures a reading that took place at Engine, a nonprofit arts organization located in Biddeford, Maine. The reading featured Slice alums who reside in Maine: Douglas W. Milliken, Joshua Bodwell, Mira Ptacin, and Bill Roorbach. As you’ll notice in the podcast, it was lively event, fueled by great prose and some delicious beer from the folks at Banded Horn Brewing Co. Our sincere thanks to Tammy Ackerman, the director of Engine, for co-hosting the event. Peter Swegart, also a Maine native, produced this issue of “In the Telling.”

The latest installment of our weekly podcast series features a reading from Joshua Bodwell. Click here to listen to Joshua read an excerpt from his story “What Is Stolen Can Never Be Returned,” which appears in Issue 12 of Slice.

Joshua Bodwell is the executive director of the Maine Writers & Publishers Alliance and co-founder of the arts organization Engine. His work as a journalist has garnered awards from the Maine and New England press associations. Joshua is a regular contributor to Poets & Writers magazine and a contributing editor at the online journal Fiction Writers Review. His fiction and poetry have appeared in magazines and quarterlies across the United States and Europe.

Series curator Tim Mucci has been published by Slice magazineand has done comic scriptwriting for both Dark Horse Comics and Sterling Publishing’s All-Action Classics series. He knows about UFOs, dragons, the occult and other stuff and is excited to be talking about Clark Ashton Smith on his other podcast The Double Shadow. He lives in Brooklyn with his artist wife and cat (not an artist); you can send him donuts via his twitter account: @timx13.