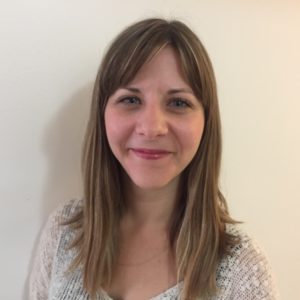 Longtime book editor Sarah Bowlin made two epic changes this year: She moved from New York City to Los Angeles after more than a decade cramming her book collection into NYC-sized apartments. She also made the switch from working as an editor (first at Penguin and most recently at Henry Holt & Co.) to becoming an agent with Aevitas Creative Management. Broadly speaking, her work is the same—she is looking for talented debut authors so she can help launch their careers. The similarities end, and somewhat continue, there. We chatted with Sarah about her big changes, her big love for working with writers, and what she’s looking for as she builds her new list as an agent.

Sarah will share her insights on the delicate art of editing on the Slice Literary Writers’ Conference panel “Revise This, But Don’t Lose Your Voice,” on Sunday, September 10th in downtown Brooklyn. Conference attendees can also sign up to pitch their work to Sarah in person at a one-on-one meeting.

You just made the leap to becoming an agent after spending a decade as a book editor at Penguin and Henry Holt. What excites you most about the change?

We at Slice HQ are already gearing up for our writers’ conference in Brooklyn on September 6 and 7. To kick things off, we’re offering a glimpse into the daily life of our editors, agents, and authors as they busy themselves with the magic of making books. This week we spoke with Sarah Bowlin at Henry Holt & Company about the imperfect process of selecting and editing fiction. Sarah will be moderating a panel on revising called When to Keep Them, When to Delete Them on September 6.