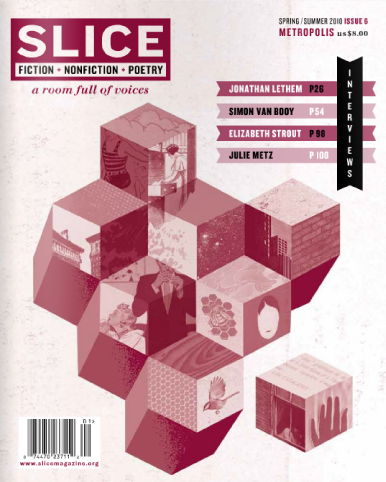 A metropolis is the mother city according to its etymological roots. It’s the ultimate point of convergence, the type of place that draws people in like a maget. Brooklyn defies the typical image of a metropolis. There are rows of quaint brownstornes rather than looming skyscrapers. Neighborhoods sprawl through Brooklyn’s outskirts rather than fall into neat borders of perpendicular streets. And if you consider Brooklyn within the scope of literature, you’ll find that it’s emerging as a metropolis that is filled with possibility.

Brooklyn is Slice‘s headquarters, and we’ve been able to witness firsthand the growth of this borough into one of today’s most significant literary hubs. Here people convene from all corners of the literary realm, whether they are famous or emerging writers, literary enthusiasts, or publishing professionals. Looking back at Brooklyn’s history, many of our country’s most prolific writesr found their voices and homes here. And looking ahead at its future, it is where literature is thriving unlike anywhere else. Independent bookstores are growing in Brooklyn at a time when others are sadly shutitng their doors. Book parties and uthor readings are a staple at bookstores, bars, and cafes. Brooklyn is a center of celebration for literature, and we bring that sensibility to this issue. Here you’ll discover all aspects of a metropolis, whether its connecting with a stranger, losing yourself in a crowd, or peering at book covers on a subway ride.